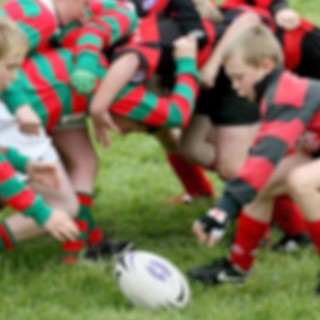 Many of us are familiar with the scene, a player is hit on the head during a football or rugby match, collapses, gets up and calmly walked to the side line where a series of ‘tests’ are undertaken before the player is deemed ‘fit to return to play’.

The ‘side line tests’ we are so used to watching are to test for concussion, which is a medical condition that occurs when the brain is physically jolted within the skull to cause a serious head injury.

The most commonly used test is the ‘Standardised Assessment of Concussion’ test. It is a multipart examination that involves asking players who have taken a blow to the head:

All of these tasks are designed to test co-ordination and brain processing. Ideally, although it is not always the case, the test should be administered by a medical professional.

Many of us will be used to seeing the above, largely as a result of watching professional football or rugby on the TV or in a stadium. But what about when it occurs during a game of football or rugby at school? Or during an amateur match?

Young athletes are at an increasing risk of suffering serious injuries, such as concussions during contact sports. One of the main concerns associated with concussion is what is known as ‘successive concussion’ or ‘second impact syndrome’. This is when concussion occurs again, on top of a pre-existing concussion.

Few schools or amateur teams have professional resources available to them. Most of the time concussion testing will fall to volunteer coaches or parents, who generally have little or no medical experience.

This growing concern has prompted researchers at the New York University Langone Concussion Centre to carry out a study considering what else can be done to check for concussion in young players.

It found that around 50% of the brain’s pathways are associated with vision and visual processing. This means that eye tests can tell evaluators a great deal about how well someone’s brain is physically ‘working’. To date eye tests have not formed part of the standard testing in youth amateur sports.

However, the researchers at NYU found that in recent years, trainers in sports such as boxing and mixed martial arts (where concussions are common) have begun to supplement the Standardised Assessment with a simple vision exam, known as the ‘King-Devick’ test. This test includes someone reading from a slightly jumbled line of numbers printed on three cards as quickly as possible. In doing so the test is designed to measure rapid eye movement, visual tracking and related cognitive responses. The test has been found to be a reliable indicator of cognitive problems. If someone who has taken a blow to the head reads the numbers more slowly after impact, compared to before sport (what is termed as ‘baseline testing’), then he or she should be considered to have sustained a concussion and requires medical attention.

In theory, the test requires no medical training and, has the potential to be a useful tool for all concerned parents and volunteer coaches worried about assessing concussions in their young athletes.

As part of their research, the researchers at NYU decided to test the King Devick theory. The results were fascinating. Some 243 young hockey and lacrosse players between the age of 5 and 18, and 89 collegians from the same sports were recruited to take part in a study. All were asked to complete a baseline Standardised Assessment of concussion during pre-season training and so walked as fast as they could along a narrow 10 foot long strip of athletic tape to measure their balance.

They also completed the King-Devick test. Forteen age-matched uninjured athletes in the same sports also completed the tests as a ‘control’ (or ‘comparator’) during comparison of the results. During the subsequent competitive season, 12 athletes hit their heads and were put through the full range of side line concussion tests. These were administered by parents or coaches, but this time under the supervision of the NYU researchers, neurologists and medical personnel.

Neurologists who later studied the collected data confirmed that all 12 injured athletes sustained concussions. The NYU researchers then compared how well the various side line tests had performed in pinpointing brain injury in the 12 individuals.

By way of further comparison, the ‘pace-along-the-tape-test’ was also relatively accurate, identifying 10 of the 12 athletes as slower than pre-season; although, this was also confirmed in five of the unhurt players.

Overall therefore, the King-Devick test achieved by far the most accurate results and had the lowest risk of false positives.

Clearly it is far too early to say whether the King-Devick test can replace other more conventional concussion evaluations, especially in young athletes, and especially the standardised assessment used across the board. However, the upshot of the study was the recommendation that the test should, at the very least, be used in conjunction with other tests.

Further information on the King-Devick test can be obtained from the New York University’s Langone Concussion Centre, or the full study can be read in the Journal of Neuro-Ophthalmology.

The Journal of Neuro-Ophthalmology