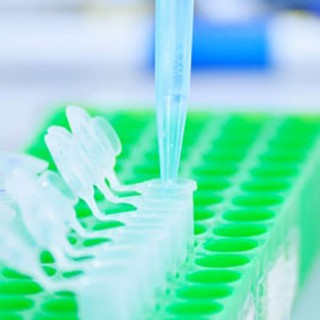 US scientists have managed to ‘rewire’ the spinal cord and brain in rats using nerve cells, which could pioneer future techniques that might one day be used to help treat paraplegic patients with spinal injuries.

The study was published in Neuron and found that when the cells were implanted in rats that the neurons caused the animals’ nervous systems to link up the spinal cord and brain. Although the research does mark a significant scientific breakthrough, the rats were not able to walk following the insertion of the neurons.

The scientists harvested the skin cells from a healthy 86-year-old man. They then ‘turned back the clock’ so that the cells became stem cells and were thus able to transform into any cell in the body. The stem cells were then converted into neurons and injected into the spinal cords of paralysed rats. Three months later the neurons had made connections in the rats’ brains and along their spinal cords, and extended into their limbs.

Professor of neurosciences at the University of California, Mark Tuszynski, said that after three months the cells grafted across long distances in the rats’ spinal cords, even extending to the brain by traversing wound tissues to penetrate and connect.

He said: “These findings indicate that intrinsic neuronal mechanisms readily overcome the barriers created by a spinal cord injury to extend many axons over very long distances, and that these capabilities persist even in neurons reprogrammed from very aged human cells.”

He said: “These findings indicate that intrinsic neuronal mechanisms readily overcome the barriers created by a spinal cord injury to extend many axons (nerve fibres) over very long distances, and that these capabilities persist even in neurons reprogrammed from very aged human cells.”

Whilst the rats failed to walk again the experts are still stating that they have made a breakthrough, and believe that the build-up of scar tissue, where the cells were implanted, may have prevented the rates from moving.

Scientists are keen to use the cells of the patients as they are more likely to be accepted by the body and prevent them from being on immunosuppressant medication for the rest of their life.

Professor Tuszynski said that earlier work has shown that grafted stem cells reprogrammed to become neurons can, in fact, form new, functional circuits across an injury site, with the treated animals experiencing some restored ability to move affected limbs. However, the professor has warned that further tests in to finding the best way of grafting stem cells and curing paralysis could take years.

He also commented that experts should be cautious when conducting trials involving humans. He added: “The enormous outgrowth of axons to many regions of the spinal cord and even deeply into the brain raises question of possible harmful side effects if axons are mis-targeted. We need to learn if the new connections formed by axons are stable over time, and if implanted human neural stem cells are maturing on a human time frame – months to years – or more rapidly.”

Axon: a long thread-like part of a nerve cell along which impulses are conducted from the cell body to other cells.

Stem cell: one of the human body’s master cells, with the ability to grow into any one of the body’s more than 200 cell types.