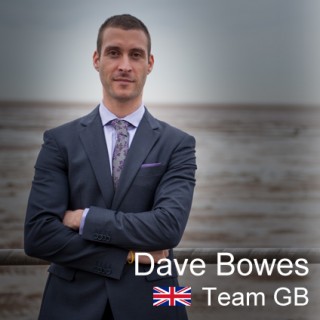 My name is Dave Bowes and I suffered a traumatic brain injury 7 years ago when a car pulled out in front of my motorbike.  As you can imagine, my life has never been the same since.

My wife and I lived down south at the time and after 4 years of not getting the right help from the NHS, and running out of money we moved to the Wirral to live with her parents.

It was then that we attended a Headway drop in session.  To say that I was overwhelmed in every sense is an understatement.  In fact I quickly ran next door to the children’s library and hid in a toy house!  Put simply my symptoms were not under control and I panicked being in a busy situation.

But thanks to Headway putting me in touch with the Acquired Brain Injury Unit for therapy I eventually returned to the drop in sessions almost unrecognisable in my ability to deal with everything that was too much before.

I attended sessions as often as I could in between getting back in to rock climbing as a form of physical rehab.

Earlier this year I decided that I had got to a certain level of recovery where my issues were not getting any better but I was at least able to control them.  It was then I wondered what I could do with my life.  I decided to give back to the charity that gave so much to me.

I wanted to make people aware at the great help and community that Headway provide whilst also fighting the stigma attached to hidden disabilities.  I have been on the receiving end of the latter countless time but hey – I don’t look disabled right?  So what right do I have to pretend I am?  This needed to change!

I entered the National Paraclimbing Series and I became British Champion in my category.  I was then invited to represent Great Britain in the World Cup winning 2 silvers, a bronze and also placed 4th in the World Championship.

These achievements gave me the spotlight in the public eye to start to get my message across.  I’m here today aren’t I?

Following on from this I was persuaded to enter the able bodies British Ice Climbing Series in the hopes of starting a para-ice climbing team.

I’d never tried ice climbing before, or the indoor version but decided if I was going to do a job I’d do it right and try everything.

I came a very surprised 3rd, once again being invited onto a GB team.  This time as an able bodied athlete.

For me this is all the more empowering as I hope it gives out a message that the seemingly impossible can be achieved with the right support and determination.

Getting the right specialist help from organisations and people who are experienced and know what they are doing is so important – and the best ones will work together to get the best possible help for you.

My medical negligence happened a few years ago – how long do I have to claim?